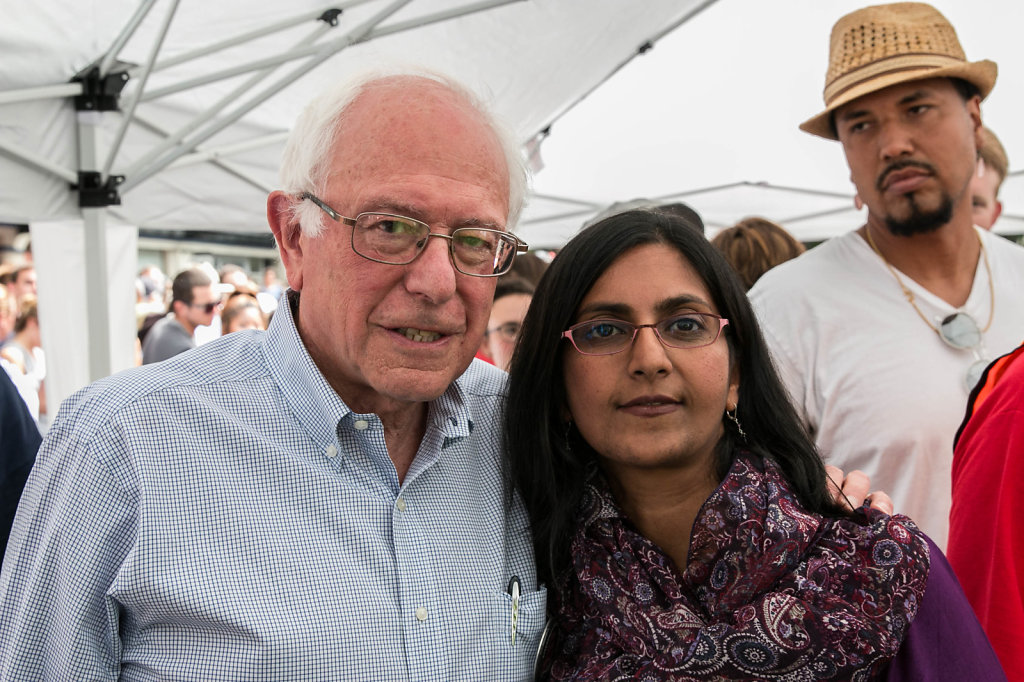 Did you see that Bernie Sanders published an op-ed ahead of this week’s presidential debate explaining how rent control kept a roof over his head growing up? We agree with Bernie: working people need rent control.

With recent census data showing that Seattle is now the most expensive city in the country outside of California, we urgently need to lead on rent control to stop skyrocketing rents! Major cities all over the country are facing severe shortages of affordable housing. A victory in Seattle for universal rent control with no corporate loopholes could spark successful legislation for rent control in cities across the country.

But the real estate lobby fiercely opposes rent control because it limits their ability to maximize profits by gouging tenants. Here in Seattle, notorious developer Vulcan, big developers and real estate interests have poured nearly half a million into the Chamber of Commerce’s corporate PAC. The PAC is spending far more against Councilmember Kshama Sawant than on any other race in the city, because Councilmember Sawant is using her seat to spearhead the struggle for rent control.

Across the country, the for-profit housing system has failed working people. It’s enriching Wall Street investors while the working class struggles to access high-quality, affordable housing. We welcome Bernie Sanders supporting the millions of tenants organizing in cities across the country for rent control and stronger tenant protections, a topic that is both wildly popular and broadly ignored by establishment Democrats in the presidential race thus far.

We saw with the $15 minimum wage movement that working people organizing can change public opinion on what’s possible, and bold demands can go from being mocked to becoming mainstream. It took building a grassroots movement for $15/hr in our communities and workplaces, taking strike actions, and protesting at City Hall to force a vote on the $15 minimum wage.

Bernie Sanders should also use his profile to call on his supporters to get organized to fight for affordable housing for all, which includes taxing big business to build the affordable social housing we need.

But everything we win to make housing more equitable will still be vulnerable under capitalism — big developers and Wall Street won't give up their profits without a fight! We must build a stronger grassroots movement ready to not only challenge the big developers and corporate landlords, but to go further in harnessing the power of working people to fight for fundamental change. We need to fight for a society based on the needs of working people, not the greed of Wall Street speculators — a socialist society.

Join us in this fight! Donate today to #CancelOutVulcan, and save the date for our election night party: join us this Tuesday, August 6, 6-10pm at the Langston Hughes Performing Arts Institute (104 17th Ave S).