Unite Against Racism and Bigotry

Seattle needs to be at the forefront of the fight against Trump’s anti-immigrant attacks, racism, sexism, and homophobia. We need to end detentions and deportations and make Seattle ICE-free! We need to stop the gentrification and economic redlining that disproportionately affects people of color. We need to build the movement to fund trans-inclusive services and fight for full equality for all LGBTQ people. I will continue to oppose the new youth jail and fight to fully fund education and apprenticeship programs because #BlackLivesMatter. We need to create an elected community oversight board with full powers to hold police accountable rather than the shameful rollbacks in accountability in the current police contract. As your Councilmember and an immigrant woman of color, I believe we must continue to stand up against bigotry in all forms, even if we’re called ‘divisive’ for doing so. 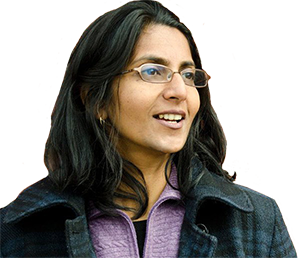 Seattle is rapidly becoming a playground for the rich, while working people, people of color, LGBTQ people, and small businesses are being gentrified out of our city. Seattle’s District 3, including the historically people-of-color Central District and historically LGBTQ Capitol Hill, is at the epicenter of this crisis. Hate crimes are on the rise and immigrants face the constant threat of deportation. The Seattle Police Department continues to resist basic accountability measures, even after a federal judge intervened.

Kshama Sawant has fought alongside social movements fighting against oppression, from Black Lives Matter to indigenous struggles to defending against Trump’s attacks on immigrants. We need more, not fewer, elected representatives who will consistently stand up against racism, sexism, and homophobia. In the words of community leader and 2017 Seattle Mayoral candidate, Nikkita Oliver: “Kshama Sawant is a bold political leader who always stands on the side of marginalized communities… Many candidates will say what they need to say to get elected, but never follow through on their promises. Sawant’s track record of support, advocacy and community organizing speaks for itself.”

The horrifying increase in hate crime has gone hand-in-hand with the growth of right wing populism, further bolstered by the rise of Trump. Far right organizations have been emboldened to openly espouse homophobia, transphobia, racism, misogyny, and xenophobia. To combat this requires a political movement to build unity against these attacks and make them unacceptable in our schools and communities.

We can fight back. In response to the increase in hate crimes against the LGBTQ community, my office hosted a Capitol Hill forum on LGBTQ hate crimes in 2015, along with Gender Justice League and many other LGBTQ organizations. Hundreds of LGBTQ community members attended the event. Former Mayor Murray's initial response to the rise in hate crimes was a call for "more diversity in the police force." Our LGBTQ hate crimes forum and movement put pressure on the mayor, who set up an LGBTQ taskforce to address the crisis immediately following the event.

Through our movement and my work around the People’s Budget, we’ve won important gains for the LGBTQ community, including funding for an LGBTQ senior center in the heart of Capitol Hill and an LGBTQ wellness center at NOVA High School. In addition, we need to expand the fight for Medicare-for-All, including providing free reproductive care and full coverage for trans healthcare. We need a fully socialized not-for-profit medical system which would also take the pharmaceutical industry into democratic public ownership and run it based on social needs, not corporate greed.

Our city needs an independently elected office to investigate workplace sexual and gender harassment and provide support and justice for those impacted by hate crimes. We need to fully fund anti-bullying and anti-harassment education in all our schools and workplaces. Seattle should reject federal laws that allow discriminatory practices and policies. We need to fight against all forms of discrimination against LGBTQ people, including bathroom bills and religious exemptions.

A key issue facing the LGBTQ community is the affordable housing crisis, which is made worse by the de facto “redlining” many LGBTQ people face when finding housing. We need to build tens of thousands of high quality socially-owned homes, connected to a world-class, free transit system by taxing the rich and big business. These should be permanently affordable with strong protections against any form of LGBTQ, racial or other discrimination, as an alternative to the for-profit housing market. We need rent control, and stronger renters rights, to fight against the economic evictions of LGBTQ tenants and people of color from District 3.

In the era of Trump, we have seen an emboldening of racists and the far right. But racism has been part of the foundations of American capitalism from the beginning - used to brutally exploit black and brown people for profit, justify the status quo, and prevent unity of the oppressed. The ruling class relies on institutionalized racism and sexism, as it does on economic exploitation.

The historically people-of-color Central District was more than 70% African American in the 1960s and 1970s. But since that time, economic redlining has led to mass gentrification, with the black community now less than 18% of the neighborhood. We need bold housing policies like a major expansion of social housing, paid for by taxing big business, and citywide rent control.

We need to build unity of working people and the oppressed against racism, economic redlining, the mass incarceration system, the school-to-prison pipeline, and endemic police brutality.

The Seattle police have a long record of police brutality and racial profiling, leading to the implementation of a federal consent decree in 2012. The political establishment has protected the police force from repercussions even for the most egregious killings, like the deaths of John T. Williams and Charleena Lyles.

Councilmember Sawant was the only elected representative to stand with the vast majority of the community and vote against the 2018 Seattle police contract that rolled back even the limited, hard-won police accountability measures put in place the prior year. The subsequent court ruling now holds the City responsible to address the serious problems in the police contract, further vindicating Kshama’s sole NO vote.

Kshama was the only City Councilmember to vote against the New Youth Jail. Working alongside the Block the Bunker coalition we stopped the $160 million North Precinct police bunker and went on to organize the 1,000 Homes campaign to win $29 million for affordable housing.

Through our office’s annual People’s Budget process, we have demanded, and won, many other important gains, such as expanding the L.E.A.D program citywide, which directs low-level offenders into community-based treatment and support services; doubling funding for Career Bridge, which helps formerly-incarcerated community members transition into reliable, well-paying jobs; doubling funding for the Priority Hire program for racial equity in city hiring; and funding for apprenticeship programs.

We need to build the movement against police brutality, economic redlining, and institutionalized racism. We need more elected officials, not fewer, who will consistently stand with black and brown communities and ordinary working people.

Seattle can’t consider itself a “sanctuary city” if working-class immigrants can’t afford to live here. Seattle needs universal rent control and a massive expansion of quality, social housing, paid for by taxing big business. I will continue to fight alongside movements for bold policies in the interests of immigrants, refugees, and all working people.

We need to make Seattle ICE free, and end the detentions and deportations! We should use our public notification networks to urgently inform communities about planned immigration raids so families can prepare. This can allow rapid response networks to immediately mobilize, as we saw in Oakland last year. Seattle should end all policing tactics that criminalize immigrants and people of color. At present, anyone suspected of a crime who ends up in King County Jail or in the court system risks being deported by ICE agents.

I have used my office to build movements against Trump’s xenophobia and bigotry. I joined a direct action to block the ICE office in downtown Seattle; my office organized a rally in response to the first DACA recipient in Seattle to be detained under Trump in 2017; we supported the hunger strikes two years ago at the Northwest Detention Center against the inhumane conditions for undocumented immigrants at the prison; and I was proud to help lead a mass nonviolent civil disobedience at SeaTac Airport to demand the release of those detained by Trump’s racist Muslim Ban.