Fighting Gentrification in the Central District and Capitol Hill

As your City Councilmember, I’ve fought tirelessly over the last five years to represent working people, renters, working-class homeowners and all oppressed people, and to help bring your voices to Seattle’s City Hall. Like you, I want to live in a city that is rooted in social justice and affordable for all. 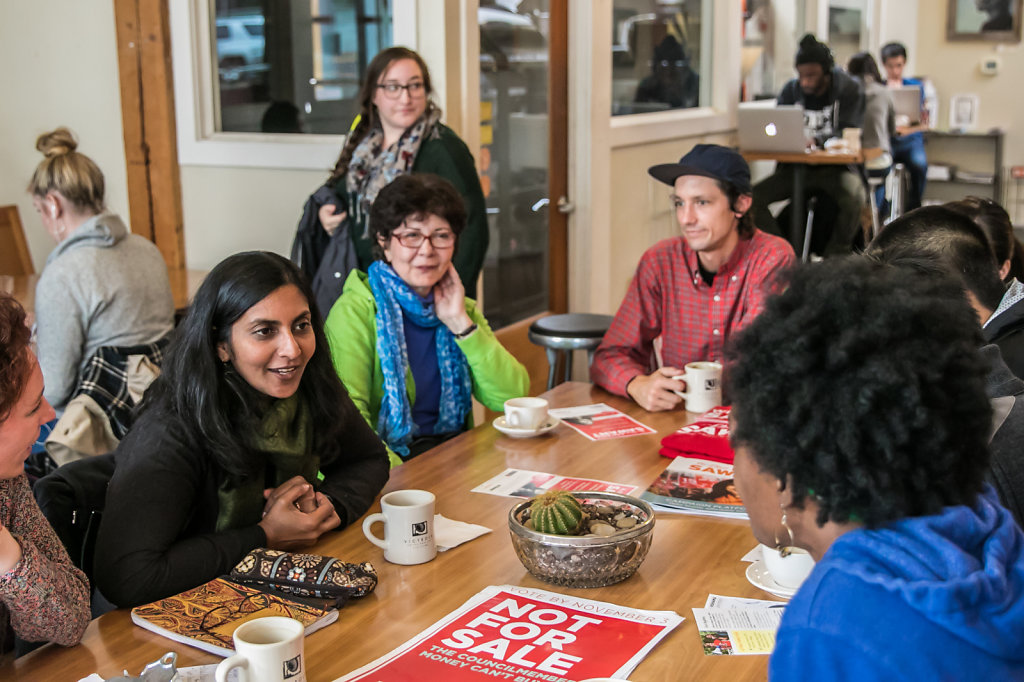 Seattle is rapidly becoming a playground for the rich, while working people, small businesses, people of color and LGBTQ people are being gentrified out of our city. The Seattle area is home to the world’s only two members of the 100 billion dollar club, yet we have the highest rate of homelessness per capita. Our affordable housing crisis is one of the worst in the country.

Seattle’s District 3 — including the historically people-of-color Central District and the historically LGBTQ Capitol Hill —  is at the epicenter of this crisis. Corporate developers are raking in profits, while working people are being gentrified out of the CD and Capitol Hill. In the 1960s and 1970s, the Central District was over 70% black —  now, it’s less than 20%. And on average, one of our neighbors in District 3 is evicted every other day.

But we’re fighting back! Our office, alongside movements, has played a key role in fighting gentrification in Capitol Hill and the Central District, winning a series of landmark victories for renters’ rights and affordable housing, and against displacement of working-class residents.

Big business and the Chamber of Commerce claim that we need someone who will better represent Seattle’s District 3. Our opponents in the race often say they will “listen to everyone in the District.” In the words of community leader and trans activist Mac McGregor, “If you want thoughts and prayers, there are many other offices to call. If you want action, [Kshama’s] office is the one to call. Because hers is the one that gets stuff done.”

What big business really means when they talk about District 3 representation is that I don’t represent them. And in fact, I unapologetically fight for ordinary people and do not represent the corporate elite. Nor have I ever claimed to represent “everyone” in District 3. For instance, I don’t represent District 3 resident Howard Schultz, the former Starbucks CEO who has opposed the $15 minimum wage, Medicare for All and a Green New Deal. In a situation of deep inequality, it is either willfully disingenuous or just plain naïve for politicians and candidates to claim that they represent everybody. My office hears all the time from working people, LGBTQ and people of color in our district who say they’ve never felt more heard or represented by an elected office as they do by ours. 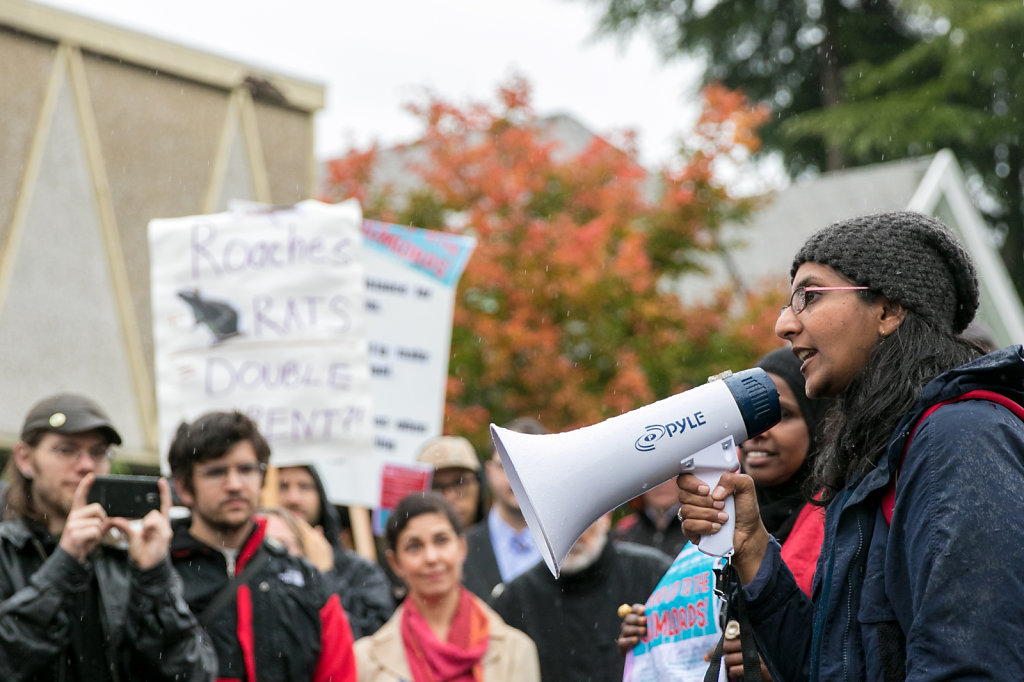 My office and our movement have made history in the fight against gentrification in Seattle and District 3: the Move-In-Fee cap and payment plan, the “Carl Haglund” law barring rent increases at substandard rental homes, the Fair Chance Housing bill to limit the use of criminal records in rental housing applications, and a law requiring landlords to provide voter registration information to new tenants. The Move-In-Fee law means that Seattle renters no longer need thousands of dollars just to move in, caps how much landlords can charge in non-refundable deposits, and requires them to offer a payment plan for move-in fees.

With residents of the Chateau apartments at 23rd and Fir

We’ve united with tenants fighting eviction and displacement from the Central District, including the tenants at the Chateau Apartments at 19th and Fir, where black, Asian, and white working-class families faced economic eviction so that corporate developer Cadence could make millions in profits. But because we got organized and are fighting back, we’ve won an unheard of concession from Cadence Real Estate offering $5,000 to each household in relocation assistance on top of the legal requirement. We’ll keep organizing until Cadence ensures alternate affordable apartments for the residents. We also worked with tenants at the Kenton Apartments on Capitol Hill to successfully roll back rent increases this year of as much as 69 percent. Along with the Tenants Union and Be:Seattle, we’ve trained hundreds of tenants in free know-your-rights trainings that we’ve held in various locations around District 3 and beyond.

Community and labor leaders joined us at Saba for our 2019 campaign announcement, including Workie Wubushet (front left), the owner of Saba Ethiopian Cuisine

We’ve also worked alongside small businesses and community organizations, helping to win $650,00 in funding for small businesses hit hard by 23rd Ave construction. We are engaged in a struggle to protect Saba, an immigrant-owned Ethiopian restaurant in District 3 facing gentrification, and the Umoja PEACE center, a pillar of the Central District and Seattle’s Black community.

We’ve been organizing with seniors and the Black community to win permanent community ownership of the Central Area Senior Center and Byrd Barr Place, which are both jewels of the Central District, providing vital services for some of our most marginalized neighbors.

Handing in over 600 signatures from community members demanding: bring back the Central District Post Office!

We listened to community members who spoke out about the need for the basic service of a public post office in the Central District, and we took action! Together, we just won back a Central District Post Office in an important step forward in the fight against gentrification. We did this by organizing a community meeting co-hosted by my office and the US Postal Service, along with the Postal Workers Union, and collecting petition signatures from 662 people who gave eloquent testimonies demanding: bring back the Central District Post Office!

We’ve also joined with Vietnamese seniors to win city resources for their social programming, rallied with young activists fighting against the new youth jail, and moved City Hall to community spaces, with free childcare and translation to make our meetings more accessible.

Halcyon residents at City Hall after our important victory

And while Capitol Hill and the Central District are home to the most rapid gentrification in our city, our council office has also responded to working people in need all across Seattle. This year alone, we’ve won important victories like winning emergency protection for working-class seniors facing economic eviction by for-profit developers at the Halycon mobile home park in District 5 and winning another extension on saving the historic Showbox music venue.

What’s at stake in this year’s election is who runs Seattle: Amazon and big business, or working people like ourselves. Please join us as we continue our fight for the city we need.