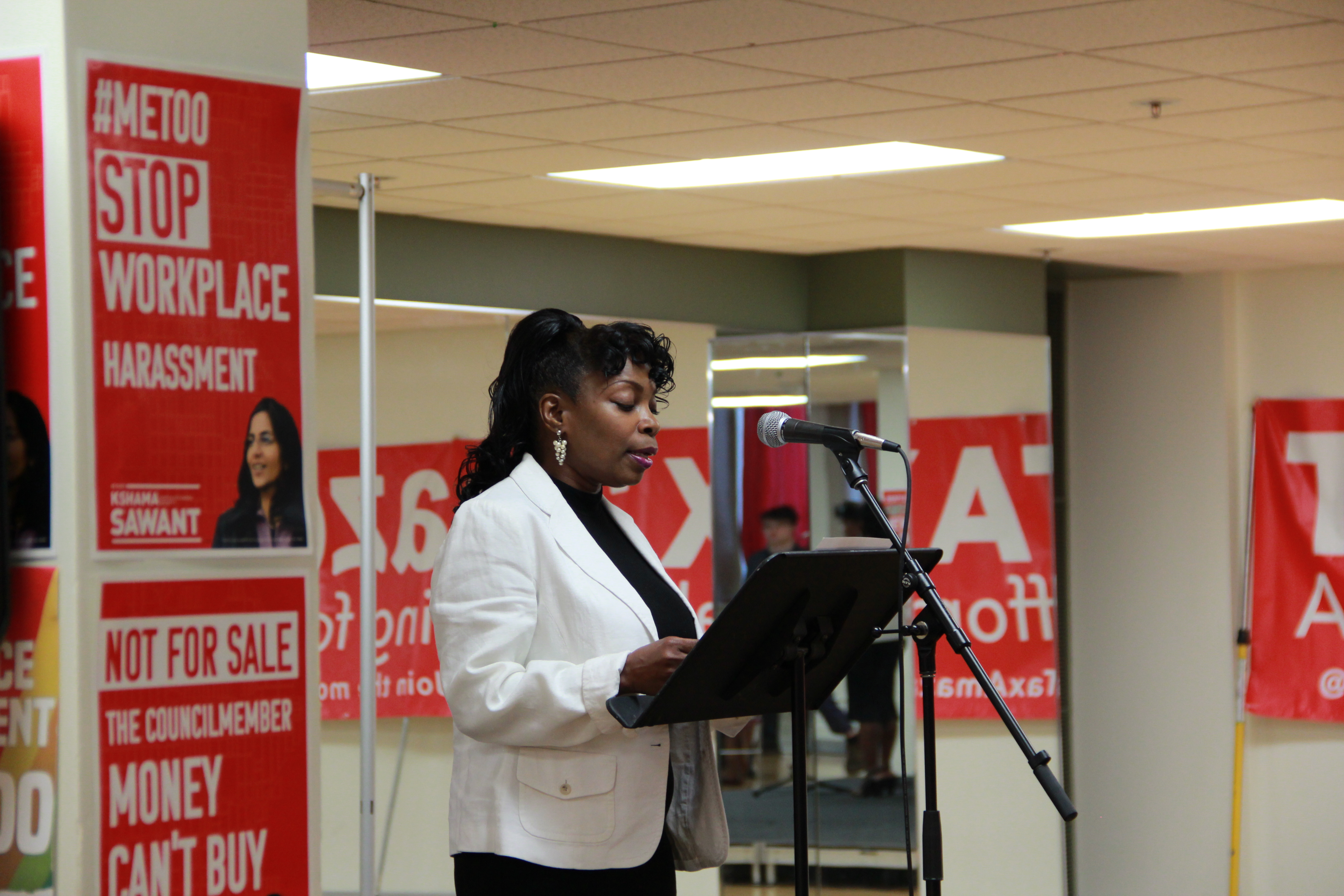 Republished below is the latest article from Socialist Alternative about the fight for Social Housing.

The affordable housing crisis in the U.S. continues to reach new heights. Nearly 50 percent of all renters are cost-burdened, half a million people are homeless, and tents line the streets of many major cities. Here in Seattle, we see an extreme version of this human tragedy playing out daily. Even as the city tumbles off an affordable housing cliff, Seattle’s establishment politicians – all Democrats – continue promoting corporate developers and supply-side arguments, maintaining the primacy of for-profit development and landlordism.

Following the successful fight for a $15 an hour minimum wage, it was clear that the movements of ordinary people in Seattle would turn to the question of housing affordability and homelessness. In a concerted strategy to shut down public discourse on renters rights, developer impact fees, rent control, and taxing big business to fund social housing, successive Democratic mayors and city councilmembers teamed up with corporate developers in a so-called “grand bargain” that vetoed all of these public policy solutions to address the crisis, and went to war against the city’s housing activists, socialists, and renters. The climax thus far of this offensive was the repeal of the Amazon Tax last summer by Mayor Durkan and most of the city council.

In the past decade of Seattle’s piping-hot real estate market, billions of dollars of private profit have been made in a construction frenzy that has earned Seattle the distinction of being “the crane capital of the U.S.” for four years running. Of an estimated 31,000 new market-rate apartments opened from 2008-2017, 92 percent were luxury units. Rents have soared more than 75 percent since 2011 to an average of $2,136 per month – completely unaffordable to the average working class household.

Despite concerted opposition from most of city hall, Seattle’s affordable housing movement – including socialist Councilmember Kshama Sawant, has won important victories. Kshama and Socialist Alternative played a key role in pushing the city council to pass a resolution calling for the state ban on rent control to be lifted; blocking the construction of a $160 million police precinct and winning $29 million for publicly-owned affordable housing; as well as several landmark tenant rights bills.

But while the affordable housing movement in Seattle has won some important battles, our movement still has a war to win.

A recent meeting of Councilmember Sawant’s Renters Rights committee featured tenants at the Chateau apartments in Seattle’s Central District, which has for decades housed working-class and low-income families, elderly and disabled community members, and Section 8 voucher holders. The tenants are facing eviction and displacement after their building was purchased by Cadence, a $185 million development company which plans to demolish the affordable building at the end of the year to make way for smaller, higher-end apartments.

Renee Holmes, whose 88-year-old aunt Mother Gordon has lived at Chateau for nearly four decades, told the rally of more than 130 community members and housing activists “Our family came from Arkansas in the forties and settled in this area. This is the only area we [African Americans] were allowed to live in. Why does she have to leave? Why do we have to be uprooted from our communities?” Another tenant, Roselle Johnson, is the primary caregiver for her nearby elderly parents, “They depend on me. If Cadence is going to move us out, I don’t know where I’m going to live. Who’s going to help my parents?”

A recent Sightline Institute report titled, “Why’s the Rent So High for New Apartments in Seattle?” explains things from the for-profit lens of the private developer, stating, “the fundamental link between the cost of an apartment and its rent is the yield required by investors. No one’s going to sink a pile of money into an apartment building unless it can reliably deliver a cash flow that makes the investment worthwhile compared with other options such as the stock market.”

According to the report, as of a few years ago, investors typically expected a yield-on-cost of 5.8 percent. For a 2 percent profit, rent on a $2,200 apartment could be cut in half to $1,100! The report then notes, “In rapidly growing Seattle, billions of dollars flow into apartment construction annually, mostly supplied by giant institutional investors that seek to maximize returns, not social benefits. Are there people or institutions with billions of dollars to invest who are willing to accept dramatically lower returns? It seems unlikely.”

Since the private for-profit developers are clearly incapable of building housing that’s affordable to working people, we need to fund public programs to build and manage the affordable housing necessary to meet the needs of residents – also called social housing. By cutting out the developers’ profits from the equation it’s possible to build massive numbers of homes in an extremely short amount of time.

Several real-world examples demonstrate the huge potential of public investment in social housing. An article in The Nation notes that massive public investments in social housing were critical components of New York City’s efforts to address past affordable housing shortages: “Between the mid-1930s and 1970s, New York City saw an average of approximately 12,500 units of government-subsidized, below-market housing built each year…In the peak years of the 1950s and 1960s, as many as 20,000 units were built.” These social housing programs provided critical affordable housing to working people on a mass scale. Sadly, decades of attacks both on social housing and rent control have largely erased those gains.

A recent report from the People’s Policy Project, featured in Mother Jones “makes the case for a massive experiment in affordable, government-sponsored ‘social housing’ along the lines of housing built in countries like Finland and Sweden and cities like Vienna, Austria.” To address housing shortages in Sweden in the mid-sixties, the Social Democratic government built one million affordable homes in just 10 years. In Vienna, 60 percent of the population lives in social housing. While establishment politicians will immediately raise prohibitive costs as the main reason not to pursue social housing, the article notes that building 10 million units nationwide “could be covered by undoing the recent corporate tax cut signed by President Donald Trump.”

Kshama Sawant and Socialist Alternative argue that it’s possible for Seattle and the U.S. as a whole to solve it’s affordable housing crisis, but only if workers and renters join forces to build a movement independent of developers, landlords, and corporate politicians to fight for social housing, rent control, and other socialist policies that put the needs of ordinary people and our communities over developer profits. Renee Holmes summed it up well at the Renters Rights committee, “This is our city. It’s our neighborhood. And we will fight for the right to live here.”